Andy Bast is a country singer and multi-instrumentalist from St-Antoine, New-Brunswick.  At 25 years old, Andy already has an impressive resume of touring, either as a singer or as a freelance musician.  Bast is known for adding his personal vocal acrobatics in his interpretations.  From his biggest musical influence in Keith Urban, sounding similar to Rascal Flatts with a touch of Vince Gill, it only takes few notes and his genuine smile to get his crowd wrapped around his finger.

While every artists were forced to pause, Andy focused on writing new songs, especially with Jason Blaine,  and he kept practicing his musical skills.  Many hours in his studio collaborating with artists and also recording a duet with French-Ontarian artist Reney Ray. As we are slowly starting to see an end to this pandemic, few shows are starting to be added on his calendar.  The highlight of 2021 was reaching the Boots & Hearts Emerging artist showcase finalist spot!

His discography includes an English album of ten songs named "I want to feel", a French EP entitled "Trajet Tracé" co-written with Marie-Mai and David Laflèche, produced by David, and two English songs which will be found on his next English EP.

Quarterfinals at “La Voix 2017” (Quebec version of The Voice) no one remains indifferent to his charming personality.  Sensitive, engaging and funny, Andy understands music and one can almost feel his soul in his interpretations.  During this incredible adventure, Bast was the third most popular contestants out of twenty-four on social media.  La Voix is recorded in Quebec where Bast quickly increased his fan base.  He shared the stage with Eric Lapointe, Marc Dupré, Isabelle Boulay, 2frères and international artist Birdy.  "For me, music is visceral as a form of expression" -Andy Bast

Bast recorded a very personal interpretation of the song “moman” included on «La Voix 5» album that ranked No. 1 in the Soundscan list of physical sales with more than 50 000 copies sold.  His single ranked No. 4 of 25 songs from this album on digital sales.

«N.B. singer and musician wows’ em at “La Voix”. It was a unanimous vote of confidence from the judges» –James Foster, Time & Transcripts, March 18th 2017

Member of Dirt Road and Rik Reese Band as a singer and a musician, Bast also toured with Acadian artist Hert LeBlanc.  From New-Brunswick to Alberta, he shared the stage as an opening act for Zac Brown Band at the Calgary Casino and the reputable Big Valley Jamboree in Camrose, Alberta.  Familiar to the Cavendish Beach Music Festival in Prince Edward Island, Bast shared the stage alongside with Dean Brody in 2014 and 2015 edition.

As many artists from the East Coast, Bast learned to play the guitar, his first instrument, with his grand-father.  Today he has mastered six instruments: guitar, mandolin, piano, drums, banjo, bass and evidently the craft he puts in his vocal abilities. 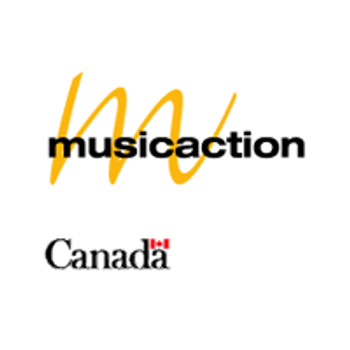 Thank you to my sponsors!